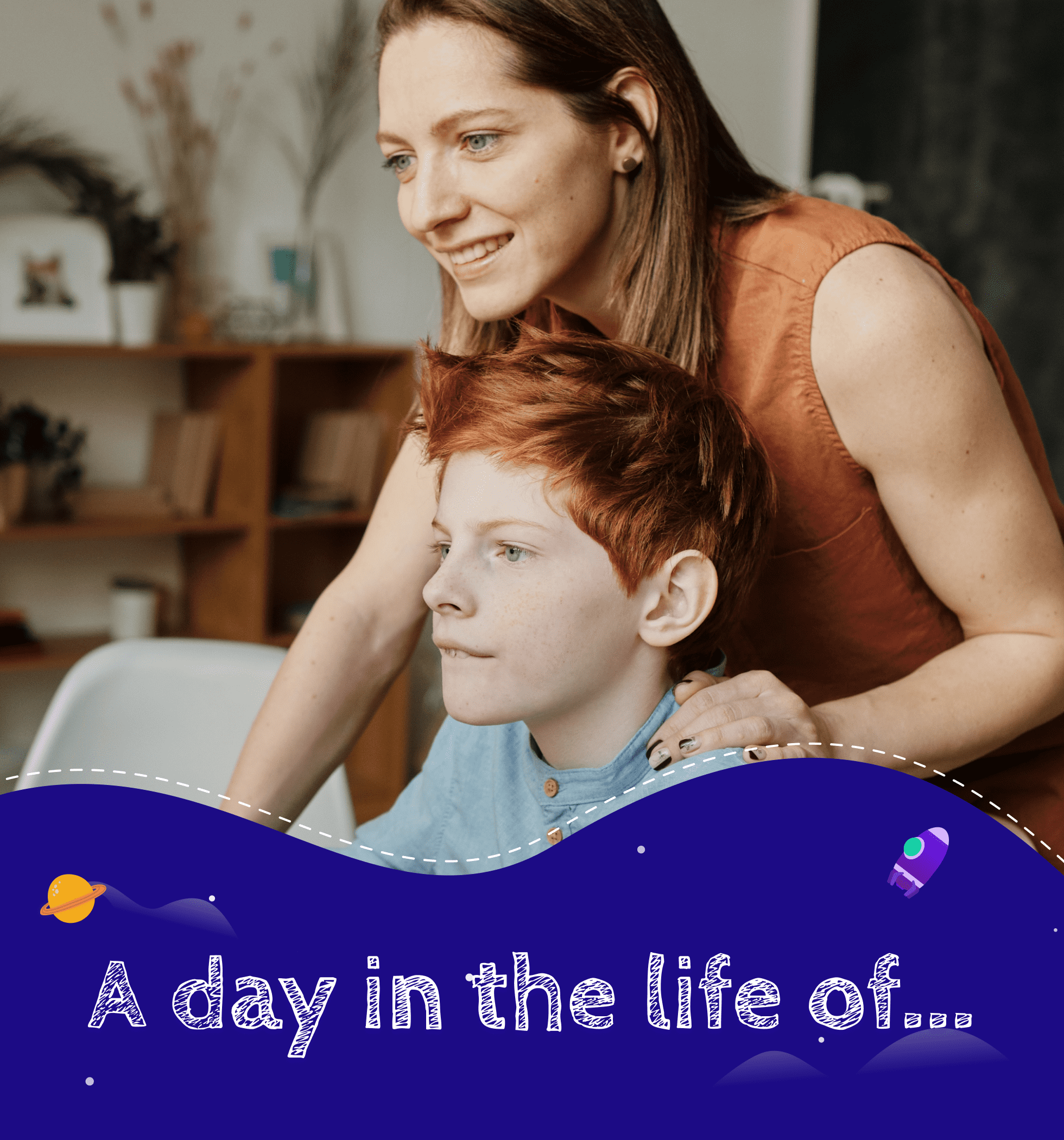 A day in the life of a foster carer

From the age of three I was always dressing up as a nurse, and with my toy nurse’s bag, my play generally revolved around bandaging and injecting my lined-up teddy bears. Not too surprisingly, I then became a nurse and worked full time, until recently at the age of 53, when I became a foster carer.

I had always wanted to be a mother. Sadly though, that wasn’t to be. I am a divorcee and although I had accepted that I was not going to be a biological mum, my desire to have children in my life remained strong, and fostering children was the route that I decided to pursue. I joined to The Moon and Back Foster Care and my fostering journey as a single female foster carer began.

The reply I usually get is a grumpy teenage No!

Currently my day begins at 09.00, walking to the kitchen to make a cup of tea. This first cup of the day is always the best. Walking past the foster child’s bedroom, I feel it’s only fair to ask if he or she would like a drink too. The reply I get, is usually a grumpy teenage No, but sometimes I’m totally surprised with a “yes please!“ response. (As a child I was always woken up with a cup of tea from my mum, and this routine early morning cuppa was the one thing I missed so dreadfully when I left home). Maybe this will be one happy memory a foster child will also take away from being in my care, let’s hope so. I have worked with older children so far. I like that they have all been different and needed me in different ways. I wasn’t looking to foster really young children, but I was open to different ages and believe that it is more important that you can feel an attachment with a child or young person. When I read information about a child needing a home, I look at how the young person will be able to live in my maisonette, with my little dog and what we will have in common and how I can make a difference in their life, age doesn’t really come into that, I am supporting a 14-year-old right now.

In fostering I have learnt to pick my battles

After delivering my cuppa to the foster child’s room, I’ll return to my bedroom and get dressed, and then go and sit in the living room, attending to daily household admin tasks. At the moment I am supporting my young person with home schooling between 10.30 until 3.30pm. For a few reasons he is unable to go to school currently and there is a virtual school available for children to maintain their education, when being in school is not possible. My role involves encouraging him to attend the home-schooling sessions, provided on-line, which he does on a laptop in his bedroom. In between classes he has breaks and he pops into the kitchen to make drinks and prepare food. He declines most of my offers of food at lunchtime, so I have learnt to just let him prepare what he wants, because he is at least eating, and generally he is choosing to eat a balanced diet which is great. One thing I have learnt whilst fostering, especially when fostering teenagers is “to pick your battles”, and I will not get into a battle surrounding food. This is one way I am happy for him to feel that he has some control, as his life presently feels, to him, out of his control. He is unable to live with his family which is difficult for anyone to deal with, let alone a young person.  It’s not uncommon for fostered young people to show an area of their life where they need to feel they have control, and choices around eating is a common area for their focus.

After online lessons are completed, this is the time he ventures out of his bedroom and momentarily will join me in the living room, either to tell me he’s going outside to play football or to go to the skate park. We will have a brief chat, but I make sure he has his mobile phone on him so he can be contacted if needed and I also negotiate with him on a time for him to return home. He is generally very respectful and is considerate. Teenagers get a tough time, but I have found them approachable and respectful. I know that the Moon and Back team work hard to match foster carers with the young people, which I am sure helps a lot.
I find fostering teenagers, involves balancing risk. As you get to know the young person more, it becomes easier to support him or her with their independence and the making of their own good choices. It involves a lot of trust and as foster carers; we have to earn their trust. When they come into care, often they have faced abuse or neglect and therefore their ability to trust grown-ups is quite low, we work to help them to regain their trust and it can be a slow process sometimes.

Creating memories for the young people to look back on, in their adult life, is so important

Whilst I’m alone I prepare our evening meal or complete some housework, and then sit and complete my foster carer diary logs. These are so important. They capture how the young person is, how the relationship between us feels and the challenges that the young person is facing. It is a positive record for the young person, should he or she decide that they would like to read their record in the future. It’s important that young people are able to see the information we write about them as a history of their life. I include photographs of days out and special moments so that they have a memory of their childhood, something that we rely on in our own families. We all find out about how we were as kids and what we got up to, from our close family. For young people with little connection to their family this isn’t possible, so we have a duty to help build their life story.

When he gets back home, he comes in and returns to his bedroom where he remains until he comes out into the kitchen, telling me he’s hungry and asking what time dinner will be ready, and then returns to his teenager bedroom domain.

Once dinner is prepared, I call out, letting him know it’s ready. It is so funny though because invariably he will say how hungry he is, but he will leave it a good while after me calling him, before coming out of his bedroom to dish up his evening meal. One of my house rules is that we eat our evening meal at the kitchen table, although he does tempt his luck and tries to take his meal to his bedroom without me seeing, although during fostering I have developed the skill of anticipating all “sneaky teenage” behaviours, or maybe it’s a life skill learnt from me once being a sneaky teenager myself.

He reluctantly sits at the kitchen table and eats and then returns to his bedroom where he remains until I go to my own bedroom to bed or to watch tv in bed, I call out goodnight and its potluck depending on his mood whether I get a goodnight reply or not, but to my surprise I do often get some sort of reply. He really enjoys sport and I enjoy watching him when he is playing in a football match. I try to keep young people living with me, connected with their friends. Friends to a teenager are so important, more important than their family sometimes. It’s another part of our role.

The support available for foster carers

As a minimum each month I meet with my supervising social worker from the agency. We chat regularly, she checks in to make sure I am ok, offers me advice and supports me to think what I can do to improve the outcomes for my young person and for me. She supports me during meetings with other social workers or teachers and I have learnt a lot from her. I like the support I get from her. She and I have got to know each other very well and the relationship is built on trust. I feel I can approach her or any of the team about anything and feel supported.

Once in my bed I lay there and reflect on the day.

I am proud of myself for taking on a fostering career. I am reassured to know that I have the full support of “To the Moon and Back Foster Care” day and night if required. I have had to call for advice a few times, and each time I speak to someone I know and who knows me which is very important to me.

I have now been fostering for over a year and have supported 3 teenagers with short term placements. As a single carer who has never had children of my own, I feel I would have struggled if I hadn’t been with such a caring supportive fostering agency. I am constantly learning, and we do our training in small bite size chunks.

I love this quote by Jason Johnson, it sums it up for me,

“Sometimes the hard will make you question why you ever said “yes”. But then the beautiful will leave you wondering why you didn’t say it sooner” ……..  That’s foster care!”

If you are considering fostering and have the ability to accommodate a child, then come and join our fostering agency family, who as the name of the agency suggests do go to the moon and back for us all. 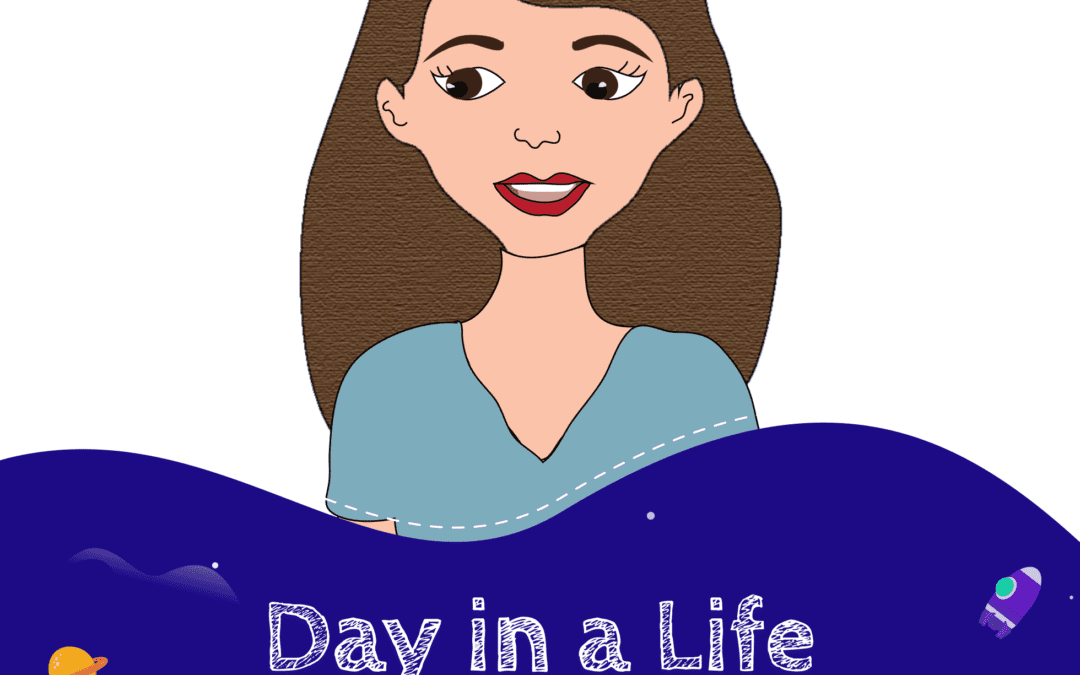 I have fostered some lovely young people, of all ages. My last young person T left me 5 years ago as a nineteen-year-old and is now a nurse. We catch up every so often, but it’s enough to know that she is happy and settled, I am so proud of her. She was in shock when... 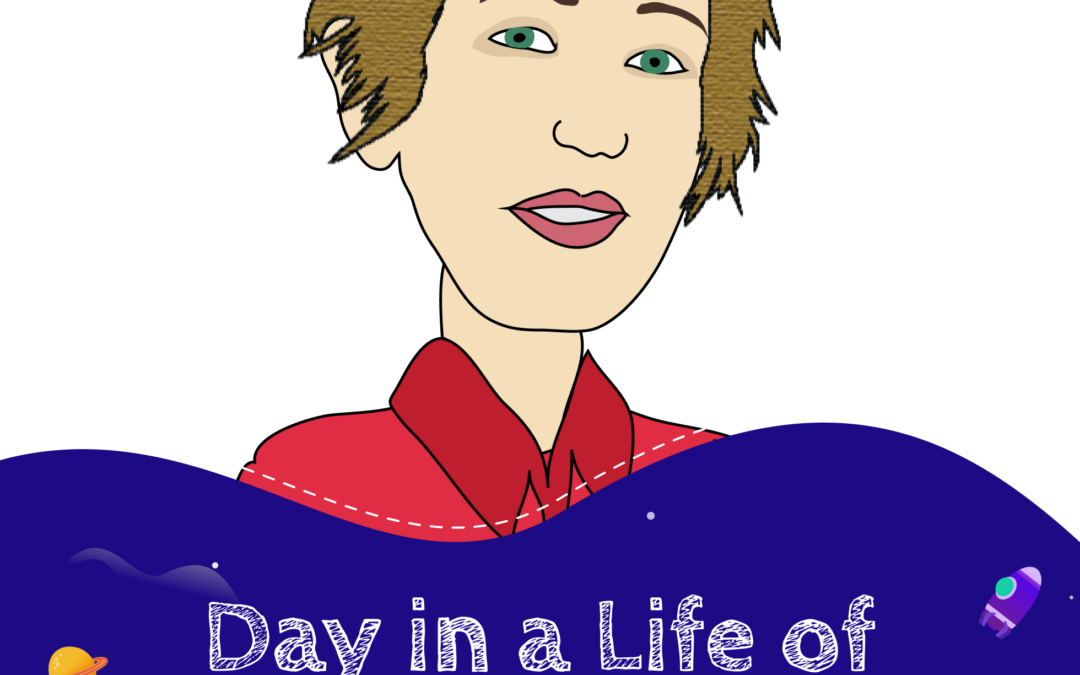 I check emails and sort my to do list before I get my family out of bed, followed not long afterwards with the school run and dog walking. I am a mum of two children, one at primary and one at secondary, so getting them out on time with everything intact and the dogs... 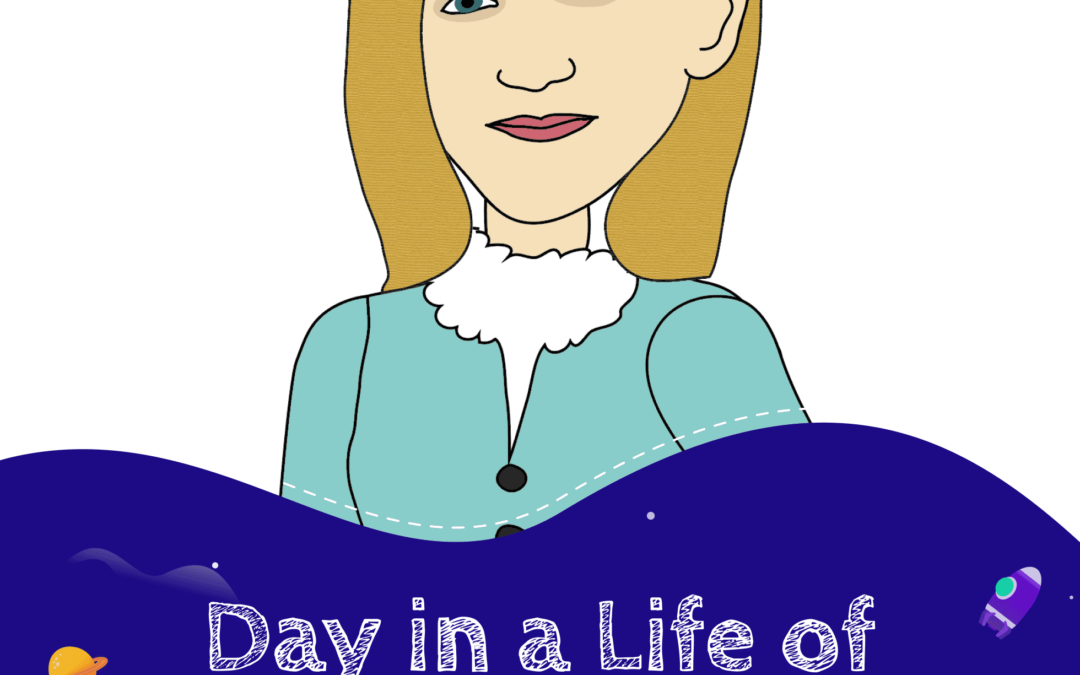 I take a first look at my emails for anything that has come in overnight that might need my immediate attention and then check social media for any comments, or interesting articles that I feel our foster carers and staff might find interesting.We encourage flexible...